The multi-racial roster of NYU CEDA stands in solidarity with those battling systemic racism from the centuries of violence, exploitation and inequities levied against Black bodies to the hateful attacks on AAPI and Muslim communities as a climate of intolerance expands daily.  We affirm NYU’s statement of solidarity but it’s not a substitute for concrete action.  The triple threat of COVID-19, economic downturn and police brutality will continue to weigh heavily on communities of color each and everyday until we confront antiquated systems of power embedded in our laws and our norms.   Debaters must use our agency to hold ourselves and others accountable. We are destined to make mistakes along the way.  That’s not a reason to hide.  It’s a call to listen, learn and illuminate.

We believe debaters have a unique role to play in actively dismantling racism and preparing ourselves and our leaders to do the same. As non-black allies remain transfixed by the anguished stories of Breonna Taylor, George Floyd, Tanisha Anderson,  Ronald Greene, Trayvon Martin, Kendra James, Ahmaud Arbery, Eric Garner, Atatiana Jefferson, Walter Scott,  Philando Castile, Sean Bell, Tony McDade, Michael Brown, Charleena Lyles,  Robert Fuller, Tamir Rice and so many others whose lives were brutally cut short, they will need storytellers. As NYU debaters and coaches, we must help introduce vocabulary to have hard conversations about race and echo demands of the voiceless for a different America. In the effort to create a new normal, we encourage all NYU teams, departments and organizations, as well as debate programs at other institutions, to devote some of their digital real estate prominently to the protection of Black Lives.

Every small step improves our chances for radical reorientation. We are debaters. We can and should be difference makers.

Go to Statement on Racial Injustice

NYUCEDA Policy is proud to partner with Brewer Attorneys to host the International Public Policy Forum (IPPF) for over 300 teams from 20+ countries. Click here to learn about the event. 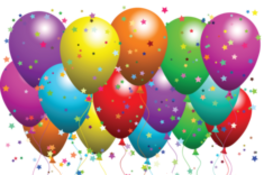 A year does not go by without the policy debaters at NYU doing amazing even with COVID! Click here for the latest.

Congrats to Alex & Eugene finishing 5th in the nation at CEDA Nationals!

Get to Know the Coaches

Our coaches are the backbone of the team. They run training sessions, prepare new evidence for the team, and always have an ear for a debater in need.

Get to Know the Officers

Officers are the student leaders of the team. They lead team meetings, assist in training new debaters, help with tournament logistics, spread the word of NYU debate and more! Get to know the debaters that help keep the team afloat.

.
Thank you for contacting us! If needed, you will hear back within 48-72 hours.

NYU is one of the most successful teams in the country. Click here if you're a first-year or transfer to use our Contact Form to reach us today.