When envisioning the program, NYU President Emeritus John Sexton — a champion debater and debate coach — said, "The key idea of NYU as a global network university is that our students and faculty, regardless of location, are part of one university. While many of our pursuits, both scholarly and extracurricular, will be particular to one campus, as NYU continues to evolve as a global network university, many others will take place across the network."

The NYU Presidential Global Debates tournament competition returned in 2015 with a new home [the Business & society Program within the Stern School of Business] and under new leadership [Will Baker, Director of the Global Debate Fund].

The intra-school debate competition pits undergraduate debate teams from the entire NYU global network against one another in a contest that will award prizes totaling over $50,000.  In the spring, the top domestic entrants and the top international entrants will form the Sweet 16 and participate in a single-day elimination that will culminate in a final round judged by a VIP Panel that includes key faculty and administrators at NYU.

A new resolution is determined annually and can be found on  the Announcements page of the site or on the Facebook page.

There are eight speeches in the debate. The first four are five minutes each, followed by cross-examinations from the other team.

In these speeches, put out your arguments, supporting data, and, initial responses to the other side.

The next four speeches are three minutes long, and called REBUTTALS.

These speeches are the comparison of the merits of the arguments.

A) Eligibility for Domestic Competition

To be eligible for competition a student must be a matriculated undergraduate at NYU for the semester of competition.
A team for competition is to consist of two undergraduate students from any of the NYU schools in any combination (i.e., students from different schools may compete together on the same competitive team).
The organizers will make every effort to assist interested students who are unpaired in finding a partner.
Students may participate in the annual NYU Global Debate Program up to four times.

B) Eligibility for International Competition

To be eligible for competition a student must be a matriculated undergraduate NYU student enrolled at one of NYU's international study sites.
A team for competition is to consist of two undergraduate students from any of the NYU schools in any combination.
Students are strongly encouraged to find partners attending the same international study site.
Students may participate in the annual NYU Global Debate Program up to four times.

All competitors will be entered in a preliminary competition tournament.
The tournament will consist of three rounds on the same day.
Each round will contain five-minute constructive speeches, three-minute rebuttals, and two-minute cross examination. Each team will have five minutes of preparation time per round.
Judges will have an optional five minute cross-examination period.
Each student will complete one constructive, one rebuttal, one response to cross examination, and one questioning during cross examination per round.
Rounds will be judged by faculty of the University and special guest judges.
Within each round judges will assign a winner of the debate to one side only.
Judges will also assign each competitor a rank and a score reflective of their speaking. These points will be used to determine ties in ranking of teams.
Teams will first be ranked based on number of wins, then on team points, and finally team ranks.
The top teams will continue to the Elimination Tournament.
The continuing teams will be announced within three days of the close of preliminary competition.
Judges will write ballots explaining the basis of their decision. The decision of a judge may not be challenged in a round or changed once entered.
The preliminary tournament will be randomly matched for round one & two, and be power-paired for round three.
All tournament procedures, alterations, and questions shall be resolved by the Coordinator, who shall function as Tournament Director.

All competitors will submit four-minute videos for the preliminary competition tournament.
Videos will present arguments in favor of or against the resolution.
Judges will review and score each video submission.
Teams will be ranked by points with ties broken on judge preference.
The continuing teams will be announced within three days of the close of preliminary competition.
Judges will write ballots explaining the basis of their scoring. The decision of a judge may not be challenged or changed once entered.
All tournament procedures, alterations, and questions shall be resolved by the Coordinator, who shall function as Tournament Director.

The tournament will consist of four elimination rounds: octofinals, quarterfinals, semifinals on the same day with a championship round held on a separate day.
Speech and cross-examination times will remain the same as for the domestic prelim tournament.
Teams will be seeded based on the video submission ballots and the results of the domestic prelim tournament.
Each round will have a minimum of three judges.
Judges will have a twelve minute cross-examination period.
Each student will complete one constructive, and one rebuttal. Cross-examination periods may be shared.
Rounds will be judged by faculty, alumni, previous competitors and administrators of the University as well as special guest judges.
Within each round judges will assign a winner of the debate to one side only.
All tournament procedures, alterations, and questions shall be resolved by the Program Director, who shall function as Tournament Director.
The decision of the judges may not be challenged or changed once entered.

Section 3: Rights and Responsibilities of Competitors

Any student competitor will be free to ask for additional instruction or advice at any time via appointment. The Coordinator will be an impartial resource for all competitors.
All competitors will be entitled to the Debate Resource Bibliography.
All competitors may ask faculty of the University for advice on issues related to topic and argument.
All competitors will be expected to uphold the ethical considerations of academic discourse in the process of competition and to represent the University, their school, and themselves to the best of their ability.
A 15 minute forfeit rule will be in place for head-to-head competitions during each phase of the domestic tournament.

Teams may work together and practice with other teams prior to competition to maximize preparation.
Student awards may be subject to additional terms of disbursement by the University pending legal and tax obligations.

If one competitor from a team is unable to participate in the elimination rounds due to verified medical reasons or visa problems, the remaining competitor will be able to secure a different partner for the elimination rounds. If a competitor from a team chooses not to participate for any other reason, the remaining competitor will have the option to debate singly or forfeit their elimination rounds. In any event, no single-member team will be permitted to advance past the semifinal round under any circumstances. The team member who did not compete will receive the octofinal award regardless of how far their partner advances.

Each member of all sixteen advancing teams agree to be present for all scheduled events organized by the sponsors including the elimination rounds, any welcome reception, the awards ceremony and the Championship Final Round. Failure to attend these events will lead to forfeiture of their award.

Section 4: What is Debate?

Debate, as a game or competition, is when two sides agree to oppose each other on the same topic. This, in theory, offers the best test of the ideas.

The Topic: The Resolution will be a statement that something should be done or reflected upon.

(Hint: Refer to Strunk and White's Elements of Style for further would/should distinctions.)

A Distinction: What Debate is NOT

Debate is not ARGUING (in the traditional sense)

Therefore, arguments in a DEBATE take on a specific structure:

Warrant (Reasoning behind the claim)

Facts/Data/Evidence to support the reasoning

This structure requires all statements in a debate to have the best support possible and gives multiple ways for ideas to clash:

An argument can attack the claim, but it can also attack the warrant or the evidence.

The possibilities for clash are increased when a person may agree with someone's claim in a debate, but may disagree about the warrants or the interpretation of the evidence.

KEYS TO THE GAME:

Claim: We are having particularly nice weather

Evidence: Today is sunny, not too windy and warm for November. It's in the high 60s. It was close to 80 degrees in Washington, D.C. this weekend.

1. It is always temperate in fall in NYC, so it is not particularly nice.

2. It is still cool, and a bit windy, and it will be much colder earlier with shorter days.

3. We just had a downpour Sunday night weather in the NE is very temperamental.

5. We're actually due for one of the snowiest winders this year, so it won't last.

1st Aff. Speech: Establish the reasons the U.S. should adopt a policy of universal community service.

Defend the idea in general
Defend a specific course of action (implementation) [Example: Americorps should administer...]

1st Neg Speech: Establish the reasons the U.S. should not adopt such a policy. Identify flaws in Aff. arguments.

Evaluate the consequences of the policy (world worse)
Issues affected by such a policy the Aff. does not address
Attack assumptions of affirmative
Argue philosophical opposition

*Some of this speech can be prewritten, some should be direct responses

2nd Aff. Speech: Engage and respond to the negative arguments specifically. Compare to your reasons for supporting the policy.

Continue justifying your own arguments by both referring to and elaborating on what was previously said, and by adding new points if there is time.

1st Negative Rebuttal:
The negative should develop its reasoning in depth, perhaps dividing arguments between speakers. This is the negative key time to develop their side.

*Here would be the best point for citing data and evidence.

Give evidence and warrants to all claims.
The rebuttal should begin comparing the validity of these claims.

1st Aff. Rebuttal:
Highlight your best arguments AND your side's best responses to negative arguments.As this is a short speech, try to reference previous ideas to save time. Focus on the key ideas to bring clarity to the issues.

2nd Negative Rebuttal:
Pick the issues you're winning on. (Trust me, you're not winning on everything!)
Explain why those issues mean you win the debate.
Predict the aff's best arguments and pre-empt them explain how you've refuted them already or they are less important. (Malcolm X speech example)

2nd Aff. Rebuttal:
Identify your best claims, how they are supported, and why they should win the debate.

*Give the judge criteria for evaluation

Use notes to keep track of what you said AND what your opponent said so that you remember what to respond to.

Create some kind of organization to notes: i.e. columns for what was said and responded to. 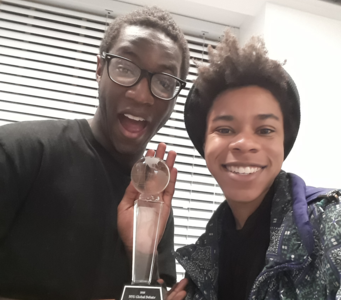 FOR ALL CURRENT INFORMATON ON THE 2020-21 SEASON, PLEASE INSTEAD VISIT the global debates homepage. 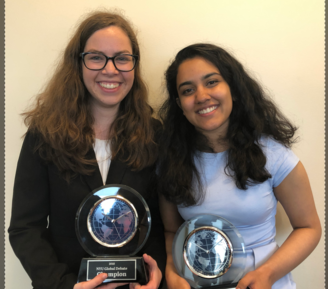