Who can debate in which divisions?

Students shall have used their eligibility to earn points in a given academic year when they participate in three or more debate tournaments during that year.  All students may debate in the open division of any tournament.  For the other divisions, here is how eligibility is determined.

B.      Junior varsity - Any debater with under 100 rounds of policy debate is eligible for junior varsity. However, any debater with more than 100 rounds of policy debate who has not won an elimination rounds at three tournament in junior varsity, varsity or open at the college level will be allowed to stay in junior varsity until they do so. The elimination round provision only applies to those tournaments that clear to at least full quarters in the division and does not count for partial elimination rounds. An exception will be made for Junior Varsity National Tournaments. This exception only applies to the year in which the student was forced to progress. A waiver process for this section may be established by the Executive Council for extraordinary situations.

The rules and performance standards for each organization are available electronically.

Governing Documents of the NDT 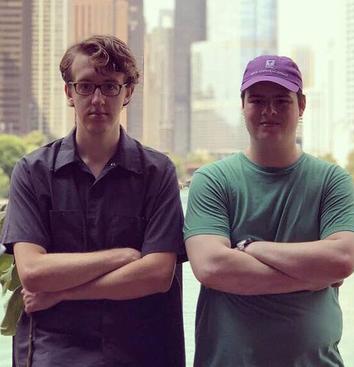 The Cross Examination Debate Association (CEDA) (/ˈsiːdə/ SEE-də) is the largest intercollegiate policy debate association in the United States. In cooperation with the National Debate Tournament (NDT) Committee and the American Debate Association (ADA), CEDA formulates the annual intercollegiate policy debate topic used in tournament competition throughout the nation.   CEDA acts as a tournament sanctioning agent, providing through its Constitution and By-Laws, a framework for normalizing tournament practices and procedures.   CEDA sanctions over 60 tournaments annually nationwide including a National Championship Tournament (nicknamed the People's Championship) that brings together over 100 individual debate teams from across the nation to compete on the basis of research, persuasive speaking, argumentation, and philosophy.

Founded in 1971 as the Southwest Cross Examination Debate Association, CEDA is now the primary national association promoting policy topic intercollegiate academic debate.   Disagreements over rules and the direction of NDT competitive practices including concerns about speed, elitism, mistreatment of competitors and coaches  led to a split in the policy debate community and the founding of the Southwest Cross Examination Debate Association.    Two of CEDA' s most important functions are:

b) works in partnership with the American Forensics Association (AFA), the professional association for scholars and teachers in the field of applied argumentation and debate, to examine the trajectory of the activity and the inclusiveness of its practices.

In the mid-nineties, CEDA and the NDT agreed to debate the same topic each year with the same time limits, effectively merging their tournaments schedules enabling NYU, Columbia & Cornell to clash regularly with Harvard, Bard & Dartmouth, Michigan to debate Michigan State, and UC-Berkeley to battle Redlands.

The NDT began at the United States Military Academy at West Point in 1947. It was organized and conducted by the Academy at West Point for its first twenty years.  In 1967, the NDT entered a new era.  The American Forensic Association assumed responsibility for the tournament and began rotating where it would be hosted to different schools every year since.

​​Resolved: The United States should vest legal rights and/or duties in one or more of the following: artificial intelligence, nature, nonhuman animal species.