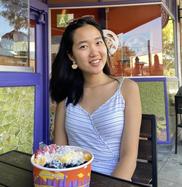 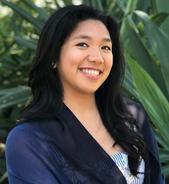 Mr. Will Baker is the Director of the NYU Global Debate program housed at the Leonard N. Stern School of Business.  The GDP develops curricular & co-curricular programming for use globally on all  NYU campuses from Los Angeles to Shanghai. Baker has worked at NYU in various capacities for nearly 3 decades. He taught argumentation and debate at the Steinhardt School for Culture, Education and Human Development, conducted survey research on DEI, debate as a classroom teaching tool, and remote education strategies using Zoom and continues to direct NYU’s award-winning debate team. In 2003, he became the first African American director to secure the Cross Examination Debate Association (CEDA) national championship since Melvin Tolson of Wiley College in 1935. Since then, Baker has overseen top national finishes for nearly 20 years in a row with squads of 30-50 debaters.  The team was honored with the 2022 CEDA National Public Debate Award recognizing their efforts to share the transformative power of debate worldwide and support marginalized voices

Baker competed for Cornell University winning over 100 speech and debate awards and being named a Venephe Wilson Scholar, the team's highest student honor. After Cornell, he worked at the International Association for Religious Freedom which holds consultative status with ECOSOC, UNICEF and the UNHCR. before becoming a social entrepreneur.  As CEO of the IMPACT Coalition, Baker partnered with George Soros' Open Society Institute and founded both the NY Urban Debate League and the Malcolm X Prison Debate Initiative at Riker's Island in the 90s.  These programs introduced thousands of parents, kids, educators and inmates to the transformative power of debate. Students incorporated poetry, music & research to find their voice.   Between HS, middle school & college, students trained by Baker have won over 10,000 awards. 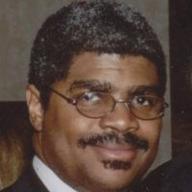 ​
​Nick Tilmes is a JD Candidate in the entering class of New York University School of Law.  He holds an MA in Bioethics from NYU and a BA from Cornell University in Philosophy and Psychology where he graduated with honors.  At Cornell, Nick was a two-time NDT attendee and a regular on the National Circuit. He secured numerous regional and national honors including being named a 2019 CEDA National Debate Scholar. In high school, he debated for Georgetown Day School and later coached the team.

Kristine accepted a position at Arnold & Porter after graduating from Fordham Law.  While there, she earned the National Association of Women Lawyers' Outstanding Law Student Award.  She interned with the Honorable Paul G. Gardephe, U.S. District Judge for the Southern District of New York.  Before entering law, she was an associate in financial management at KPMG.  Kristine was the first NYU student to start as a novice and go on to qualify for the NDT.  She remains the only NYU debater to make elims at Novice Nationals, JV Nationals, and CEDA Nationals.  As a Bickel & Brewer Scholar and Team President, Kristine led the team to historic successes in win percentage, member recruitment, total awards and national ranking during her two-year presidential tenure.   She was a National Debate scholar, a Stern Scholar and advanced to the elimination rounds of the Global Debates in three consecutive years.

​
​Gloria is a  a JD Candidate in the entering class of New York University School of Law.  Prior to law school, she worked for Deutsche Bank in Cash Management. She graduated with honors from the NYU Stern School of Business earning her degree in Philosophy and Business.  During the season, Gloria has been instrumental in coaching new debaters, especially running workshop sessions on Dropbox navigation and the nuances of NYU’s system.

She joined the policy team as an international student never having debated before.  By the end of that first year partnered with Bryte Bu, Gloria finished 2nd in the nation at the Novice National Championships. Her successes continued with other partners as she moved up the ranks to JV and Open. This will be her first year as a member of the coaching staff. During her tenure on the team, she served on the CEDA E-board in several capacities including secretary; vice president, treasurer and president.

Now a project manager at Moody's, Fay graduated from NYU's College of Arts and Sciences with a degree in Political Science. Fay is an alumna of New York University's College of Arts and Science where she graduated with a degree in Political Science and a minor in Psychology.  She originated CEDA's Amazing Advocates program directing the first event on Human Trafficking during Women's History Month and served on the CEDA E-Board as Treasurer.  Fay was named the 2016-17 NYU Debate MVP and recognized as the only three-time winner of the Starbucks fastest debater on the team competition  Fay debated all four years at NYU, moving from novice to the national circuit, culminating with the Michael K. Davis Debater of the Year Award in 2017 [the first NYU student to receive the honor] and being named a National Debate Scholar.

John is a Judicial Intern to the Honorable Andrea Masley at New York State Unified Court System. Prior to law school, he was an associate for Bank of America Merrill Lynch in Securities.   John has been a leading figure guiding the team’s progress since before his graduation.  He was the principal architect of this alumni-sponsored website bringing the team's exploits to life. John was the 2017 Critic of the Year for the CEDA East Region, a CEDA All-American and a two-time National Debate Scholar.  He deepens the NYU talent pool through his coaching and support. As a lecturer and  former debate coach for KIPP, John gave back to the NYC debate community while still maintaining an impressive GPA.  He interned with the David Rockefeller Studies Program at the Council on Foreign Relations and with JPMorgan Chase Asset Management as a Summer Analyst.

Josh Johnwell joined Hendler Flores in 2022 as a Legal Assistant, making a commitment to ensure diversity, efficiency, and that marginalized voices are heard. His current role focuses on assisting the paralegal team and fellow legal assistants with obtaining and reviewing records, correspondence, and administrative work. He assists the staff preparations and legal research for meetings, depositions, mediations, and trials throughout the country.  Prior to Hendler, he served as a consultant and speech writer for a facility in Canada.  Josh graduated from NYU’s College of Arts and Science in 2020 with a BA in Politics and a minor in Psychoanalysis. His academic concentration was focused on data science, public policy, and American politics. While at NYU, he worked as a campaign intern for The Democratic Coalition Against Trump, library assistant at NYU’s Law Library, and became the VP of the debate team.  He has a 1st-degree black belt in Taekwondo and love to participate in competitive point-sparring. 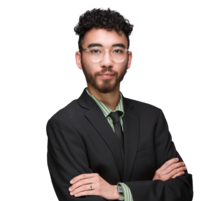