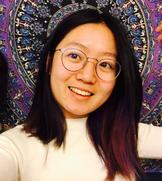 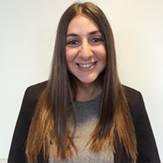 When Jackie announced that she would be going abroad in Spring 2018, the Vice President position would be vacant. Gloria stepped up to fill the vacancy and looks to continue Jackie's legacy as well as start her own.

Bryte was born on the not-so-mean streets of surburban Chicago and is a sophomore at NYU's College of Arts and Sciences pursuing a degree in English. Like many at the Fall 2016 NYU Club Fair, he was enticed to join NYU policy debate at the courtesy of Jackie. Along with Gloria Zheng, Bryte would finish 2nd in the nation at the 2017 Novice National Championships. Known for always wearing a captivating smile, Bryte hopes to solely smile his way to success as a second year debater in JV.

Gloria is a sophomore at NYU's Stern School of Business pursuing a degree in Business. Once, out of curiosity, Gloria ate hamster cheese. This willingness to try new things, for better or worse, has led her to much success despite her short tenure on the team. Along with partner Bryte Bu, Gloria finished 2nd in the nation at the 2017 Novice National Championships.  Additionally, Gloria finished 5th in the world at the NYU Global Debate Championships in May.  This is Gloria's 2nd year as a debater.
​

Jackie is a junior at NYU's College of Arts and Sciences pursuing a degree in Economics. She is from Huntington Beach, CA. Jackie was a quarterfinalist at the 2016-2017 Rutgers Season Opener. Along with Maya Mahmud, Ritikaa Iyer, and Alexander Hsu, Jackie kicked off NYU's domination of the Novice division during the 2016-2017 season.  She ended the season with a 10th place finish at the Novice National Championships. Jackie became known for frequently baffling opponents in what would simply be known as "The Bug Aff". This is Jackie's 3rd year as a debater.

​Zhane is a senior at NYU's Gallatin School of Individualized Study pursuing a study of video games through the critical lens(es) of race, gender, and sexuality. Zhane adds style wherever she can.    When designing the debate site rather than just place “Page Under construction” messages, she included Missy Elliott’s Under Construction album to add a little more of her personal touch (as well as write about herself in 3rd person). With Kristin Raveneau, Zhane won the 2017 University of Texas-Dallas tournament without dropping a single ballot. She also made elims at the University of North Texas and Rutgers University.  She and partner Joshua Johnwell (in photo to the left) placed 9th in the Nation at the 2017 JV National Championships. This is Zhane's 4th year as a debater.

Jenny is a sophomore in NYU's Liberal Studies Program.  She ended her debate season by placing 9th in the nation at the Novice National Championships in West Viriginia.  She is always down to jam to Chance the Rapper and do slam poetry. Due to her friendship with Webmaster Zhane Lloyd and fellow debater Joshua Johnwell, Jenny has taken an active interest in tackling arguments through her identity as an Asian woman. This is Jenny's 2nd year as a debater.

​Erin is a senior at NYU's College of Arts and Sciences pursuing a degree in English. She believes in team unity and offers various means of achieving that, with mixed results. Erin has won championships in the 2016-17 season at both the United States Military Academy at West Point and the University of Texas at Dallas with a combined elim and prelim record of 19-1.   She has also taken numerous speaker awards.​ In 2017, she was named a CEDA National Debate Scholar.  This is Erin's 3rd year as a debater.

Jack is a sophomore at NYU's College of Arts and Science pursuing a degree in Computer Science. A self-proclaimed debate nerd, Jack looks up tournament results and research other teams on OpenCaseList for fun. Initally hitting a road block, Jack would later find his stride and with Alex Sherman, has become a force on the NYU team. Having previous debate experience from high school, this is Jack's 6th year as a debater. 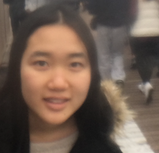 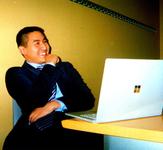 Ritikaa is a senior at NYU's College of Arts and Sciences pursuing a degree in Economics. While Ritikaa's primary interest is numbers, she also possesses a creative side. Her style of writing influenced her fellow classmates while taking Sharon Mesmer's Intermediate Ficiton Writing class. Along with Alexander Hsu, Jacqueline Samuel, and Maya Mahmud, Ritikaa kicked off NYU's domination of the Novice Division with their performance at the 2016 Rutgers Season Opener. This is Ritikaa's 3rd year as a debater.